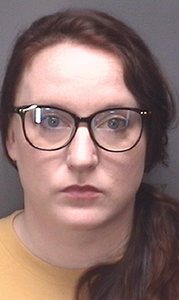 A Suffolk woman was arrested this week on allegations that she shot her own dog in March after it was involved in two biting incidents.

Krystel Marie Holby Lucero, 32, is charged with animal cruelty and torture dog or cat causing death, according to a city press release.

The investigation started on March 11 when Animal Control went to the woman’s residence in the 1300 block of Manning Road in reference to a dog bite investigation, according to the press release.

“Upon preliminary investigation it was determined that the dog, a 2-year-old male German shepherd, had bitten someone previously, and that the owner, Ms. Lucero, had allegedly shot the dog on March 11, 2019, following another biting incident involving the dog,” the press release stated.

The dog was then buried in the yard, where Animal Control retrieved the remains to test for rabies due to the reported biting incidents.