Warriors, Cavs look to bounce back 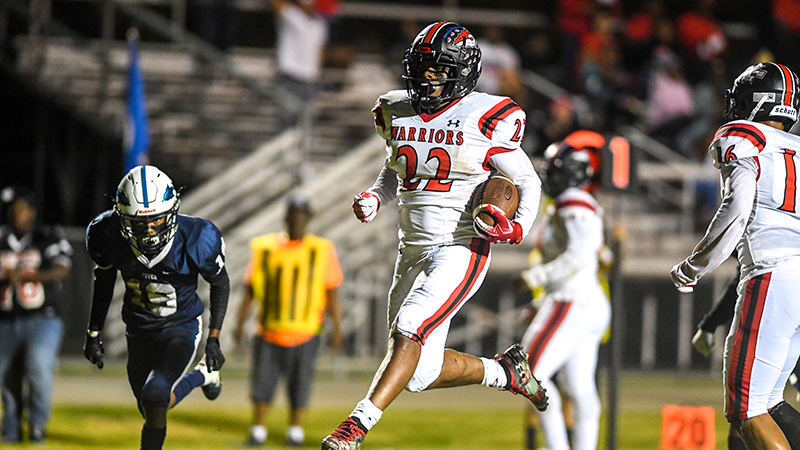 All four Suffolk schools are back in action on the field this Friday night, with the Warriors and Cavs looking to bounce back from last week’s losses.

Offensively, the Warriors weren’t as explosive as they had been in previous games, and they will look to change that and get back on track again against Great Bridge.

Nansemond River will be at home against Great Bridge at 7 p.m. Friday.

Lakeland is looking to bounce back with another home game this week after dropping a game to rival King’s Fork High School last week. Coach Joe Jones admitted that the last two games for the Cavs have been what they expect of themselves. Even though it is early in the season, Jones is still confident in his team. The point of emphasis has been building confidence in this very young Cavs football team.

“We just have to continue to get our confidence up and make sure the kids are believing,” Jones said. “All they hear all the time is that they can’t do something. So, we are pushing every day that as long as everybody does their jobs to the best of their ability, we will be fine.”

Offensively quarterback Kione Gremillion has been making some strong connections to his receivers, but the Cavs are hoping those connections will lead to more points starting Friday night at home against Grassfield.

Lakeland will be at home against Grassfield at 7 p.m. Friday.

The Saints got their first win of the season last weekend in a dominant win against Portsmouth Christian School. NSA had been on the verge of wins since their first game of the season. They lost three consecutive games by less than 20 points combined.

The Saints put together a complete game offensively and defensively. Drew Bergeron put on a fantastic performance, scoring three touchdowns for the Saints, including one defensive touchdown. Atlantic Shores comes to NSA 1-1 in their last two games. It will be important for the Saints to slow down this Atlantic Shores team, as they have put up at least 40 points in every win they have this season.

NSA still has a chance to turn its season around, and with a win Friday night, the Saints can go into their bye week with some momentum.

The Saints will host Atlantic Shores at 7 p.m. Friday.

King’s Fork will go on the road for the third time this season when they take on Western Branch. The Bulldogs are coming off of a big win against Lakeland High School, which puts them at 1-0 against Suffolk opponents and put them halfway to their goal of achieving the city championship.

Western Branch has hosted only one game so far, and that was a win against Great Bridge High School last week. The Bulldogs have shown the ability to win on the road, and with their team coming into the game with some momentum, they can possibly get their third win.

Defensively, the Bulldogs have been stout through all three of their games. Offensively, Leonta Johnson has been getting comfortable behind his offensive line, and the playmakers on the Bulldogs offense are starting to make more plays.

King’s Fork will be at Western Branch at 7 p.m. Friday.