One dead, one arrested in shooting 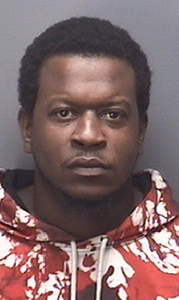 A Suffolk man is dead following a shooting in the Lake Kennedy Estates neighborhood Monday evening, and a Portsmouth man has been arrested.

Police responded to reports of the shooting at 10:44 p.m., according to a city press release. It happened in the 600 block of Adkins Circle.

The victim, Antoine Deandre Johnson, 39, was found inside a residence suffering from multiple gunshot wounds, the press release stated.

After their preliminary investigation, police arrested Laquinton Darale Blackwell, 31, of Portsmouth, on charges of second-degree murder and use of a firearm in commission of a felony. He is being held without bond at the Western Tidewater Regional Jail.