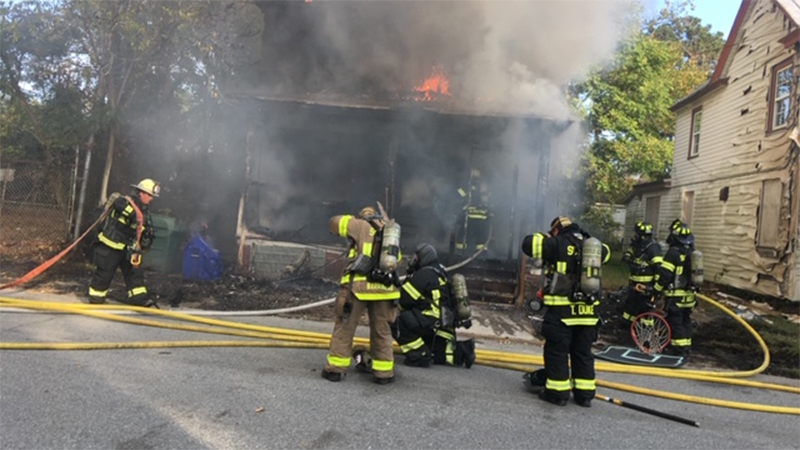 Five people were displaced in this fire on Eugenia Street Sunday evening. (City of Suffolk photo)

Five people were displaced in a house fire on Sunday evening.

The fire in the 300 block of Eugenia Street was reported at 5:02 p.m., according to a city press release. The first units arrived on scene at 5:06 p.m. and found the front of the house fully engulfed in flames.

No one was home at the time of the fire, and no injuries were reported. The fire was marked under control at 5:49 p.m.

The residents, including two adults and three children, were displaced as a result of the fire, the release stated. The American Red Cross will be assisting them.