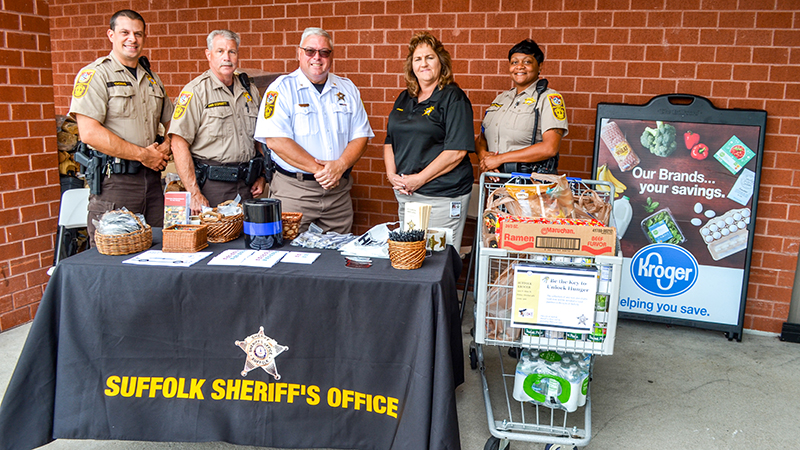 The Suffolk Sheriff’s Office collected donations for a local food pantry on Friday at the North Main Street Kroger.

Deputies collected more than $500 worth of non-perishable groceries, according to Katie Jones, community engagement coordinator for the Sheriff’s Office. There were many citizens shopping at the Kroger on Friday morning who were more than willing to support the food drive.

The food collected by the Suffolk Sheriff’s Office was donated to St. Paul’s Baptist Church on Lincoln Avenue.

“We’re finding that there’s a need in the city,” said Sheriff E.C. Harris. “There are still citizens that go hungry, and we want to do everything we can to help fill that void. Partnering with St. Paul’s food pantry is one way of doing that.”

Citizens were also given free gun locks as part of Project ChildSafe, a program of the National Shooting Sports Foundation to promote firearms safety and education, according to projectchildsafe.org.

Information was also shared about the Virginia State Police Help Eliminate Auto Theft program, or HEAT, which provides an online tip submission form for citizens to report information concerning the theft of vehicles, vehicle parts or chop shop operations, according to heatreward.com.