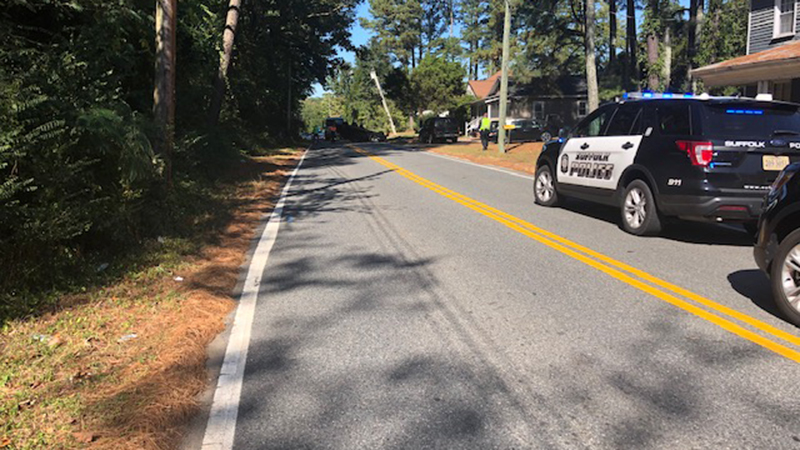 A crash in the 700 block of Pitchkettle Road sent one man to the hospital with serious injuries.

A man was airlifted with serious injuries following a Friday afternoon crash.

Suffolk Police and Suffolk Fire & Rescue responded to the call received at 1:06 p.m. in the 700 block of Pitchkettle Road. Preliminary investigation found the vehicle left the roadway and struck a power pole, according to a city press release.

The adult male driver, the only occupant, was airlifted to Sentara Norfolk General Hospital for treatment of serious injuries, the release stated.

Public Works crews are on scene, and Dominion Energy also responded to replace the damaged power pole. The roadway is expected to remain closed for several hours for Dominion’s work to take place.

Gordon sworn in as new superintendent