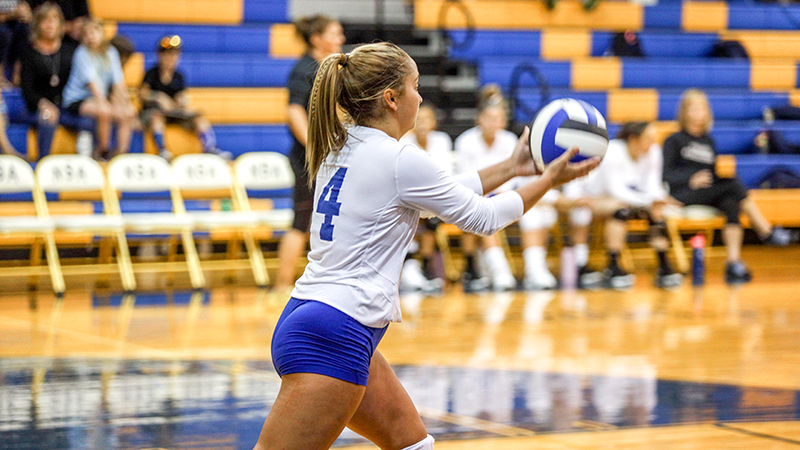 Crystiana McCollum gets ready to serve for the Lady Saints. The Lady Saints went to 19-5 with a win over Greenbrier Christian Academy. (Jeffrey Dailey Photo)

The Nansemond-Suffolk Academy volleyball team continued to roll with a 3-0 win Tuesday evening.

The Saints went to 19-5 on the year with the road win over Greenbrier Christian Academy. Addy Greene had 14 kills, and Marlin Price added six kills. Rylee Bono had 15 digs and 19 points on serve. Tracy Wang had 30 assists.

NSA goes back on the road again Friday night to take on Steward School. After that, the Saints will host a Pink Night game against Hampton Roads Academy as the team gets prepared for the Tidewater Conference of Independent Schools tournament starting next week.