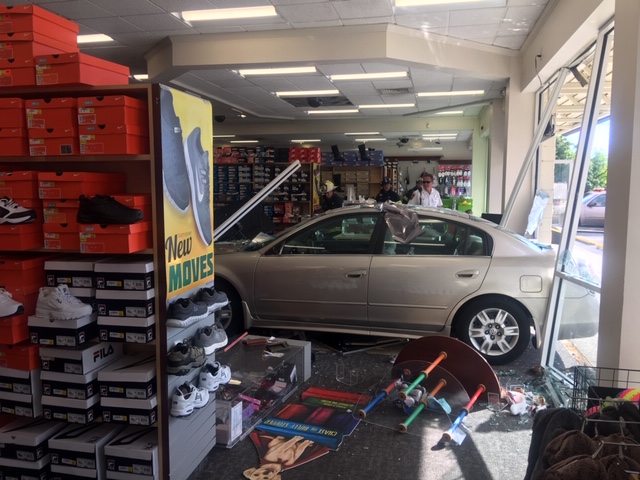 A car crashed into a downtown storefront on Thursday afternoon.

The crash happened at 3:18 p.m. at the Shoe Dept. in the 1100 block of North Main Street. Preliminary investigation found a Nissan sedan with an adult female driver jumped the curb and went through the glass front of the building, according to a city press release.

The driver was not injured. Suffolk Fire & Rescue treated two employees, with a male refusing medical transport for minor injuries and a female being taken to a local hospital with injuries not considered life-threatening.

A building official from Neighborhood Development Services also went to the scene to determine the extent of structural damage, the news release stated.

The accident is still under investigation.