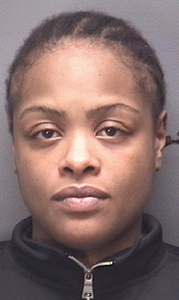 A woman has been arrested after a 6-year-old child fell from a second-story window on Wednesday, according to a city press release.

The incident was reported at 1:28 p.m., according to a city press release. The child, a male, fell from the second-floor window at a residence in the 200 block of Grace Street. He was taken to CHKD Norfolk with serious injuries, according to the press release.

After preliminary investigation, police arrested Yvonne Wakita Williams, 24, of Suffolk, on charges including abuse and neglect of children endangering health and cruelty and injuries to children. She is being held at Western Tidewater Regional Jail.