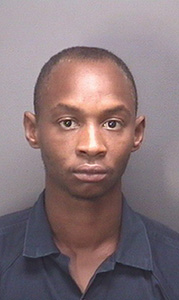 A Suffolk man has been arrested in connection with a breaking and entering at a local coffee shop.

Raquwon Faulk, 23, was arrested Saturday on charges including breaking and entering with intent to commit larceny, petit larceny and destruction of property, according to a city press release.

The investigation centered on a breaking and entering that happened on Oct. 9 at Pourfavor Coffee Shop in the 300 block of North Main Street. The perpetrator broke a side window, entered the store, took a jug containing cash donations for a charitable cause from the counter and fled through the broken window.