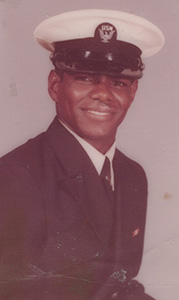 Jerone Scott Sr., a favored son of the Saratoga borough of Suffolk, quietly transitioned on Saturday, Oct. 19, 2019, after suffering a devastating cardiac event. In his early years, he was affectionately known as “Twin,” having come into this world just a few minutes after his identical twin brother, Jerome. In later years, to his District of Columbia cohorts, he was simply “Scotty.”

After completing military service as a corpsman with the U.S. Navy, he enrolled in the Finance and Accounting Program at Norfolk State University. While there, he was introduced to the budding field of computer technology. This led to his employment with International Business Machine’s recently established Technology Department, where he remained for a number of years.

He returned to school to study the plumbing trade and, upon successfully completing the curriculum, was certified. Over the years, he continued to learn, study and grow professionally and was awarded the designation of Certified Master Plumber by the District of Columbia. His company, Scott Plumbing, became a well-known maintenance company in the D.C., Northern Virginia and Maryland area, where he made his home.

Jerone was hardly all work and no play, bringing the light with him and liberally shining it on whoever was in his orbit. The air around him bustled with warmth and with a welcoming, soothing spirit.

Those who were lucky enough to experience him, knew this about him, especially his children — NaKenya Scott-Freeman, Lana Scott-Eley Bargasse, Ceria Scott-Mizell, Uquita Scott-Branch, Deitra Scott-Cornish and Jerone Scott, Jr. and his godson, Christian Lewis. Though he reveled in his children, he was mesmerized by his grandchildren, Deanna, Nakea, McKenzie, Bella, Jamauri, Aurion, NaKhai, and Christian, and Uquita’s children).

We could not allow this bio to be completed without mentioning Jerone’s beloved kennel of Yorkies. Tootsie, Peewee, Snowball, Queen and Lil Bit share our sorrow at the loss of their adored master.

Services will begin promptly at 11 a.m. on Friday, Oct. 25, 2019, at Mineral Springs Baptist Church in the Whaleyville borough of Suffolk with the Rev. Ray Hunt officiating. Burial will follow at Albert G. Horton Jr. Memorial Veterans Cemetery. Harris Funeral Home has been entrusted with the homegoing service. You may send condolences to www.vharrisfuneralhome.com.