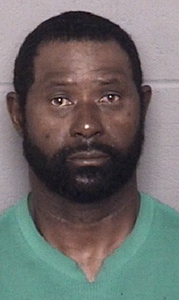 Suffolk Police have identified the victim and suspect from Monday evening’s fatal shooting in a hospital parking lot.

Police say Earl Bryant Boone Jr., 36, of Virginia Beach, died in the shooting, according to a city press release. Earl Bryant Boone Sr., 56, of Portsmouth, has been arrested on charges of first-degree murder and use of a firearm in commission of a felony. He is being held without bond at Western Tidewater Regional Jail.

The investigation remains ongoing, but police believe the shooting was domestic in nature, according to the press release.

The shooting happened about 6:29 p.m. Monday in the parking lot outside the emergency department at Sentara Obici Hospital on Godwin Boulevard.