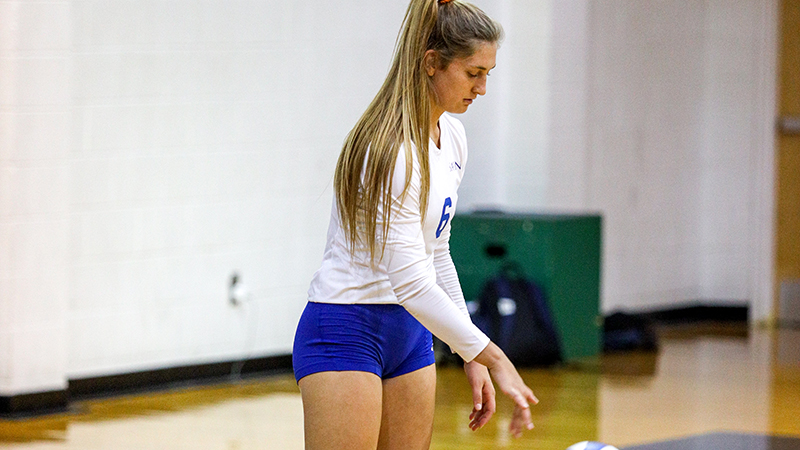 Addy Greene has now surpassed the 1,000-kill and 1,000-dig mark for her career as a Lady Saint. (Jeffrey Dailey Photo)

The Lady Saints reached the state semifinals with the 3-0 win. It was a strong win for NSA, which has state championship aspirations this season. Addy Greene and Livian Matthews each had 11 kills each. Rylee Bono had 11 digs and six aces, and Tracy Wang added 39 assists.

Greene hit her second big milestone by eclipsing 1,000 digs during the game, not long after she reached 1,000 kills for her career earlier in the season. Even though she hit a personal milestone, she was even prouder about the way the team competed on Tuesday night.

“I think that game was a good motivator for us going into the rest of the week,” Greene said. “We came out strong and with the right mindset.”

“The key for us to win Friday is no different from any other match, and that’s fundamentals and conditioning,” Ross said. “Because we are much smaller than nearly every team that we play, we have to make sure our ball control never falters.”

The Lady Saints know when their ball control is where it needs to be, it allows them to run a quicker offense and a quicker transition game, and that’s what they need to win.

“We have been preparing all season for these last couple of weeks,” Ross said. “These girls have a lot they want to prove, and I’m really excited to see them compete on Friday.”