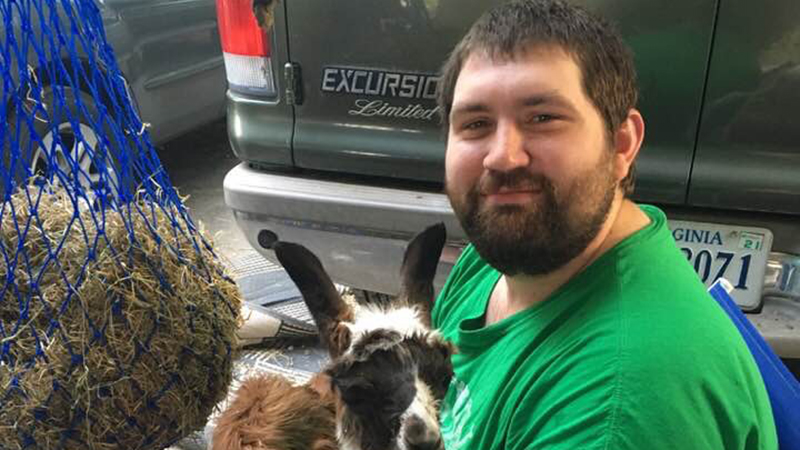 Andrew Piskorski died in a crash in the early morning of Nov. 1. A fundraiser has been set up to help his family with funeral expenses and with the care of his disabled brother, for whom he was a caregiver. (submitted photo)

Online donations are being accepted to support the family of Andrew Piskorski, a beloved son and brother who was killed in a tragic accident recently.

Andrew, 27, was killed in a crash in the early morning of Nov. 1. Andrew was on a motorcycle when he was hit by an SUV at the intersection of Carolina Road and Dill Road. He was pronounced dead at the scene, according to the city press release.

The Collick family started a GoFundMe page on Nov. 3 to raise money that will help Judy, Andrew’s mother, and his stepfather, Bert Benson, cover funeral expenses.

The funds raised will also help cover new costs for their younger son, Justin, who has cerebral palsy.

“Judy is Justin’s primary caregiver but whenever she needed help, her older son, Andrew Piskorski, was there,” the GoFundMe page states. “Instead of going out with friends, Andrew was there to give his mother a break from the daily routines of being both a farmer and a caregiver.”

The Bensons own and operate Benson Alpaca Farm in Suffolk. They started this farm several years ago to give Justin a purpose and outlet. Their farm also offers a program that helps others with special needs, and Andrew assisted his mother at the farm daily.

“This has been a hard year for me physically, (and) he was my rock,” Judy Benson said on Friday. “It just won’t be the same around here. A lot of stuff is going to have to change. We’ll just have to figure out how to make things work.”

Andrew was born in Cheyenne, Wyo., the son of Scott Piskorski and Judy Benson, according to his Suffolk News-Herald obituary. He worked as a foundry furnace operator at Newport News Shipyard.

Benson said Andrew always went out of his way to help others. From friends and family to neighbors and coworkers, his heart was big enough to make a difference in many lives.

Andrew would even bring hot meals to the homeless on his way to work at the shipyard, Benson said.

“He loved to help people. He had a big heart,” she said. “He’s going to be widely missed everywhere, from young to old.”

Benson said that she was grateful for all of the support her family has received since this tragedy, and that she was shocked by the number of people who have come forward for her family in this difficult time.

She also said that she wants to help bring necessary changes to the dangerous stretch of road where she lost her son, so that no one else will have to suffer such a tremendous loss.

“I cannot even thank people enough for just being there, the warm outpouring that has come across this community,” Benson said. “I am just hoping that will follow through to help with this problem, (and) to create a solution.”

As of Friday, $3,790 has been raised through the GoFundMe page for Andrew Piskorski’s family. Donations can be made online by searching “Help the Family of Andrew Piskorski” on gofundme.com.