Remembering Blair, who gave his all 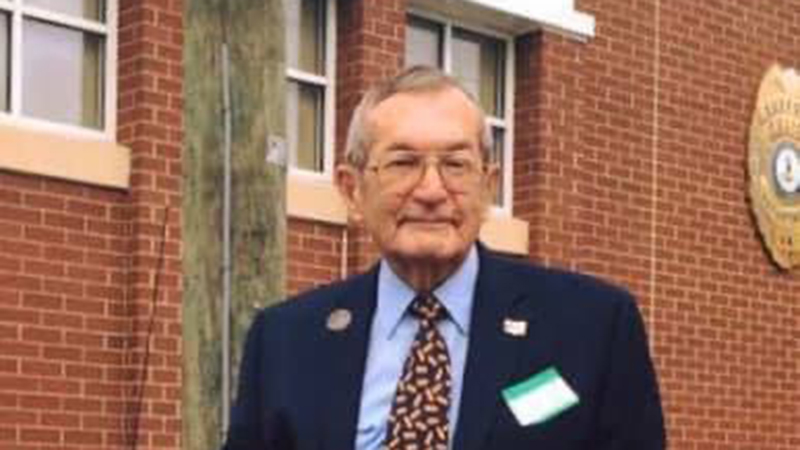 The Suffolk community is mourning the loss of a man who did everything he could to help others, a loving husband, father and brother, and a businessman who treated his employees like family, along with so many others.

William Patrick Blair died on Thursday at the age of 83. The seventh of 13 children, Blair was the son of the late Thomas F. Blair Jr. and Ossie Blair.

He is predeceased by his parents and six of his siblings.

Pearl Blair Harrell is three years younger than her older brother. She has fond memories of when William taught her how to use a slingshot and a handmade cherry shooter.

He loved the outdoors as a child, and Blair Harrell can still picture him swinging on an enormous rope that he somehow tied to the branch of a huge oak tree.

“He gave me treasured memories,” she said. “Treasured memories of my brother being there for me, and being protective and teaching me those things, because I was the girl amongst the boys.”

She also saw his softer side, like his love for classical music. He loved the symphonies, she said.

William served in the U.S. Army during the Cold War, and when he came home, he began a lifelong career in highway construction.

The profession runs deep in the Blair family, according to Sarah Blair, his wife of 55 years. Blair’s father was in construction, along with his grandfathers on both sides of the family. The career ran deep in the family — back to the 1800s from Texas to Virginia. In 1968, he and his brothers started Blair Bros. Inc.

Blair ran the company until he turned it over to his sons, Thomas and Richard, who both own and run the company to this day.

Blair’s daughter-in-law, Elizabeth, found a book he had written about what he would want to be remembered for. The answer was simple: “I had a fine wife, and two perfect sons,” he wrote.

“He loved his two sons, he loved being with them, and he’s so glad that they followed in his footsteps in construction,” Sarah Blair said.

Elizabeth’s son Parker, 14, also had fond memories to share about his grandfather.

“Granddad would always pick me up in the summer to ride out to work with him,” Parker wrote in an email. “I loved going to breakfast with him at Bunny’s and meeting him in the boat to go to the Hilton on the weekends. He loved having us with him no matter what he was doing.”

Blair loved his family, and the Blair Bros. Inc. family loved him in kind.

Vice President Nora Johnson saw him as a father figure, and the “epitome of a gentleman,” one who was well-respected throughout the Suffolk community.

“He treated everybody with respect,” Johnson wrote in an email. “He told the best stories, he taught me something with each one. We could walk in anywhere, bank, post office, a store and everybody would know exactly who he was. He just brightened everybody’s day.”

Aaron Ketchum, executive vice president for Blair Bros. Inc., knew Blair for 19 years. Ketchum said he was a mentor to him.

One of his qualities was his generosity. He spent his money on essentials for others, and that included his workforce. If any family had a baby, Ketchum said, then Blair made sure that family didn’t have to pay for diapers. If an employee had a sick child, or couldn’t make ends meet, he’d make sure those needs were met.

“It taught me to do the same thing,” Ketchum said. “He was a great mentor, especially in that aspect. He taught me to be a selfless person.”

He sees the same attributes in Blair’s sons, and even though nobody can quite fill his shoes, Ketchum is happy to know that Blair’s legacy is in good hands.

“It was a pleasure to work for William and now to work for Richard and Thomas, because they’re going to carry on his legacy,” he said.

He will be missed by many, because Blair was a giver, and what he gave to veterans, the less fortunate and so many more has left a profound impact and a lasting legacy — even if he didn’t want to take any credit for it.

“He was the kind of man that wanted to give, and just not be noticed for giving,” his daughter-in-law Elizabeth said. “He didn’t want the recognition. He saw a need, and he wanted to fix it as fast as he could.”

The needs he met were far and wide, like when he covered the cost of summer swimming lessons for children that couldn’t afford them.

Blair was also passionate about his country, and the others who served in the military.

Once a month, for decades, he held a breakfast at Bunny’s Restaurant on Wilroy Road for former prisoners of war. He paid for breakfasts — anonymously, at first, until he was outed by others — and enjoyed the camaraderie at each month’s gathering, which lasted until Bunny’s closed earlier this year.

“He felt like he was giving back to his country,” Sarah Blair said. “He just loved them and they loved him.”

Jessie Willett is a chief petty officer in the Navy who lived next door to Blair for about five years. They became good friends, to the point where Blair almost felt like a grandparent to Willett’s children, he said. Willett even took Blair to the commissioning ceremony for the USS Gerald R. Ford in Norfolk in 2017.

Willett appreciate Blair’s love for the military, and for his humility and drive to help others. Like many who knew him, Willett was inspired by this generous Suffolk man.

“It just made me feel really good about him, because he just set a really good example of how I wanted to be,” Willett said. “I want to be the kind of person he was.”