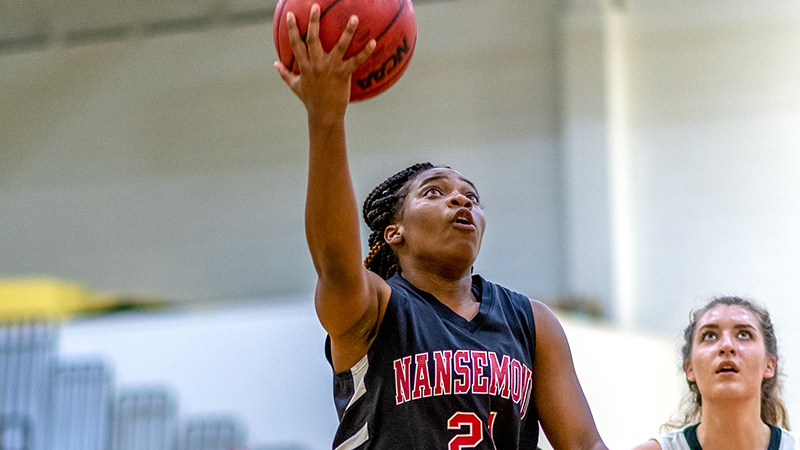 The Nansemond River High School girls’ basketball team hopes to put its best foot forward this season and let the rest take care of itself.

The Lady Warriors return this season from a year where they won eight games, which was a slight step forward from what they were able to do the season before that. Coach Calvin Mason returns at the helm of another youthful Lady Warriors team and is excited about the possibilities of what they can accomplish.

“This is a real young group with no seniors on the team,” Mason said. “The team works very hard; it’s just the experience part they need to continue to get under their belts.”

The key to this season for the Lady Warriors will be patience. There are going to be ups and downs with an inexperienced team, and Mason knows as the leader of the team, he will need to be patient with his group regardless of where he feels they should be at in some points of the season. The Lady Warriors will have to stay patient when they feel what they have been doing hasn’t been working fast enough. Mason believes that the girls will work that much harder to be the best they can be while also feeling like the type of competition they will see nightly will help them as well.

Returning for Nansemond River are Ryan Bendixen and Tseday Brown. Both players started for the Lady Warriors last season and will be expected to be solid contributors for the team this season. Brown was an honorable-mention for the All-District teams last season.

Nansemond River will take things day by day, but Mason knows the most important thing with any team is the effort.

“Those two will lead the way for us, but as a whole, we have a good group of talent, but we are young,” Mason said. “We are going to give 100 percent every night, and we are going to make sure we are playing as a team. I’m not asking them to come out to be a state championship team, but I do want them giving me their best. If they give their best, I have nothing to complain about.”

Nansemond River will start the season against rival King’s Fork High School on the road Friday night. It will be an exciting environment for the Lady Warriors to tip the season off in a rivalry game.