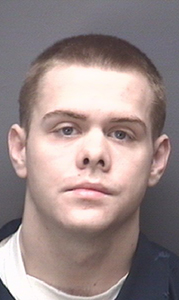 Suffolk Police have made an arrest in a rape investigation following the suspect’s indictment on multiple felony charges last week.

John Michael Brown, 22, was arrested on Nov. 27 after being indicted by the grand jury on Monday.

The alleged incidents involved a juvenile female that was known to him, the press release states.

Brown is charged with four counts of rape; forcible sodomy, victim under 13; object sexual penetration by force or helpless; taking indecent liberties with child under 15; four counts of aggravated sexual battery of victim 13-14; two counts of carnal knowledge of a child 13-15; abuse and neglect of children with reckless disregard; and cruelty and injuries to children.

The investigation remains ongoing, the press release stated. He is currently being held without bond at Western Tidewater Regional Jail.