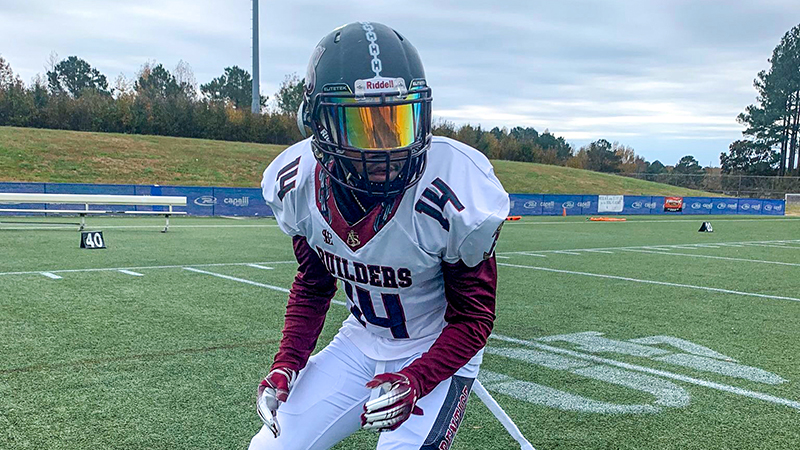 Jackson had a strong true freshman year on the field for Apprentice School. In nine games played this season, he finished the season with three interceptions and surpassed the school record in passes defensed. He earned a selection to the United States Collegiate Athletic Association team.

“The recognition feels amazing,” Jackson said. “But it feels even better knowing this was my first year. I feel like I have bigger accomplishments on the way.”

It’s tough for a true freshman to come into the college level and immediately be a contributor, and that’s what Jackson was able to do. He attributes that to his coaches staying patient with him.

“Coach Davis was telling me from day one, when it’s my time, take advantage of it,” Jackson said. “Before every practice, they told me I’d get targeted a lot because of my size, but I play from the heart. It led me to breaking a 26-year-old school record with 18 pass breakups.”

At King’s Fork, Jackson had a way of finding himself to the ball, as he had seven interceptions as a senior. He was an All-District and All-Region selection.