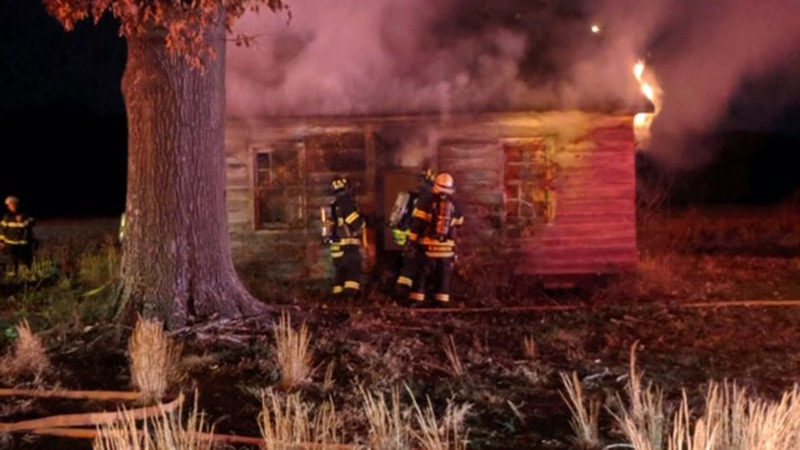 Suffolk Fire & Rescue responded to a fire in an abandoned farmhouse late Thursday.

The fire was reported at 11:28 p.m. in the 4900 block of Deer Path Road, according to a city press release. Crews found the single-story building with fire showing and called it under control a short time later.

There were no injuries. The Fire Marshal’s Office is investigating the cause of the fire.