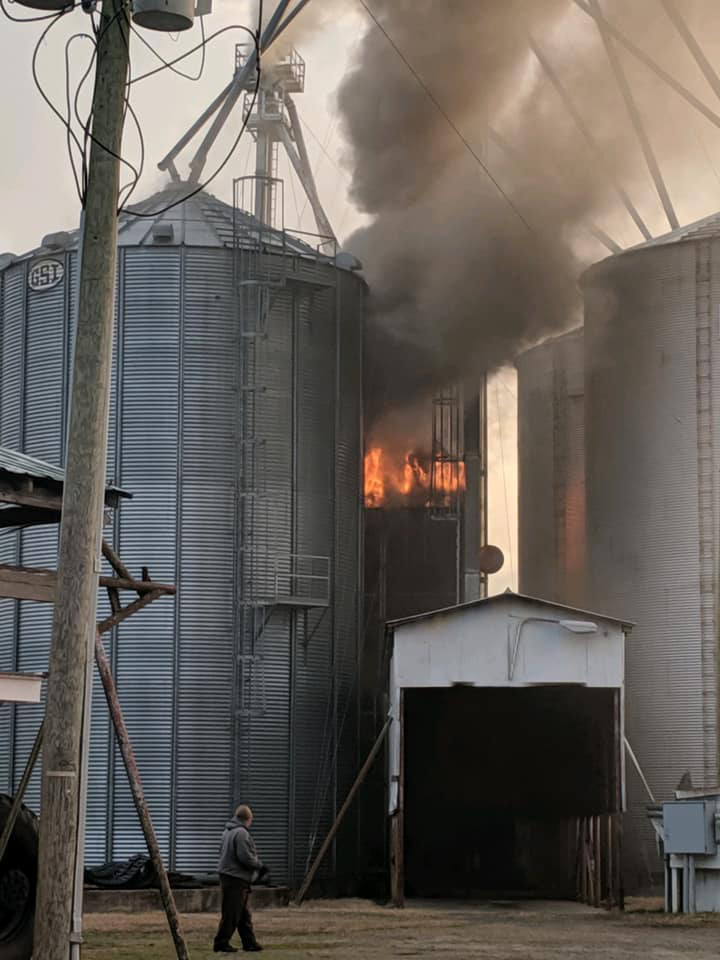 The fire at 1428 Greenway Road was reported at 6:54 a.m., according to a Facebook post from the Suffolk Department of Fire & Rescue.

Crews found heavy smoke and fire showing between two 30- to 40-foot grain silos, the post stated. “After initial investigation it was discovered that the grain bin dryer which was located approximately 25 feet off the ground was on fire.”

Crews initially experienced difficulty gaining access to the origin of the fire but were able to extinguish the flames without injury.