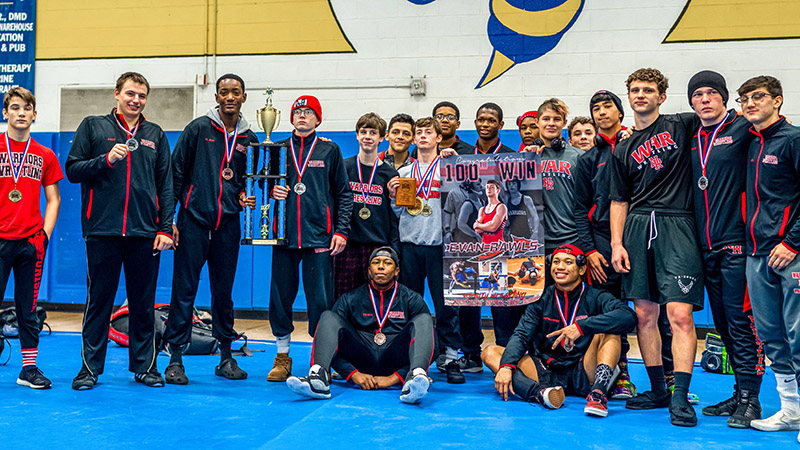 The Nansemond River High School wrestling team placed first in a tournament at Fort Mill High School in South Carolina over the weekend.

The Warriors wrestling team is picking up where they left at from last season. When Nansemond River competed in this tournament last year, they placed fourth. Coach Tripp Seed was proud of the way the team competed this year, having multiple first place finishes.

“We had some guys step up,” Seed said. “A lot of guys wrestled well who we had expected to. We saw some good competition out there. We finished ahead of a couple of teams down there who had won state titles, which was a big accomplishment for us.”

Nansemond River has the Toys for Tots tournament coming up before the holiday break. Seed believes the team has been wrestling well up to this point, even though they are still sorting weight classes to see who will be wrestling where down the stretch.

“We are progressing how we should as we get things straight with the weight classes,” Seed said. “That’s a good thing. The main thing is trying to find guys in the right weight class that we know where they compete best at. We have some guys banged up, too, so the break will come at a good time for us.”

Nansemond River wrestling team has high expectations this season. They are equipped to be a favorite for the Class 5 state title this season, and with a strong performance this weekend at the Toys for Tots tournament, they can be hitting their stride at the top of the year.