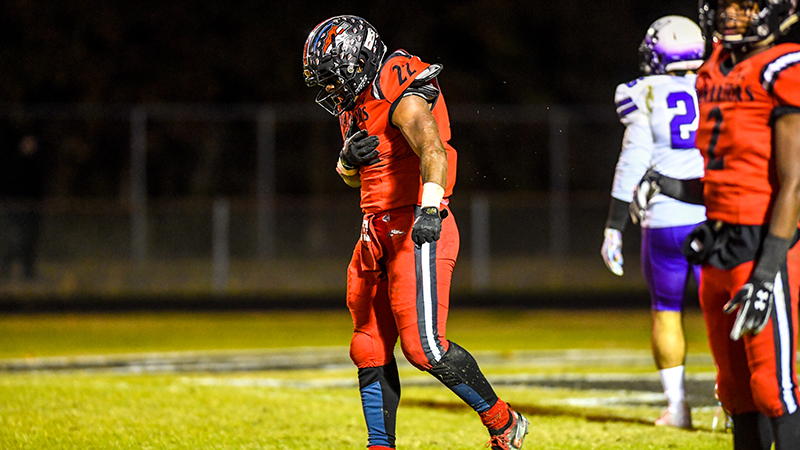 The Warriors football team had a strong year at 9-3, one of the better finishes in the Southeastern District. They also went on to earn the No. 6 seed in the Class 5A region tournament and earned a win over Indian River High School, which was the third seed.

X’zavion Evans, Payton Payne and Joeziah Autrey were all Class 5 second team All-State selections. Evans earned the nod at running back, while Autrey and Payne were selected at defensive lineman and offensive lineman, respectively.

Evans had a strong season rushing for more than 1,700 yards in his only season with the Warriors and added more than 20 touchdowns. Evans was also a first team All-Region selection.

“It’s a blessing to be able to add another accolade to the work I put in,” Evans said. “Hopefully, I can keep working and get me to my future goal.”

“I feel great about this achievement,” Payne added. “I worked hard for it, and I am not done yet.”

Payne has already put his sights on next season and improving on his junior season.

“I felt like my junior season was good, but of course, you feel like you can do way better,” Payne said. “As a team, though, we had a good season. Just getting all these accolades and things like that are just pushing me harder to achieve things like going to college for free so my parents won’t have to pay.”

This was the second year Autrey was selected All-State, as he was also a selection at defensive lineman during the 2017 season. He was also an All-Region selection.

From a win-loss perspective, Nansemond River had one of its best seasons. Autrey, like the other Warriors, had wished to have finished the season a different way but nevertheless was happy with how they all competed.

“This season was one of our best seasons at Nansemond River,” Autrey said. “We didn’t finish how we wanted, but I think overall, we competed every Friday night.”