No injuries in fire at Suffolk Station Apartments 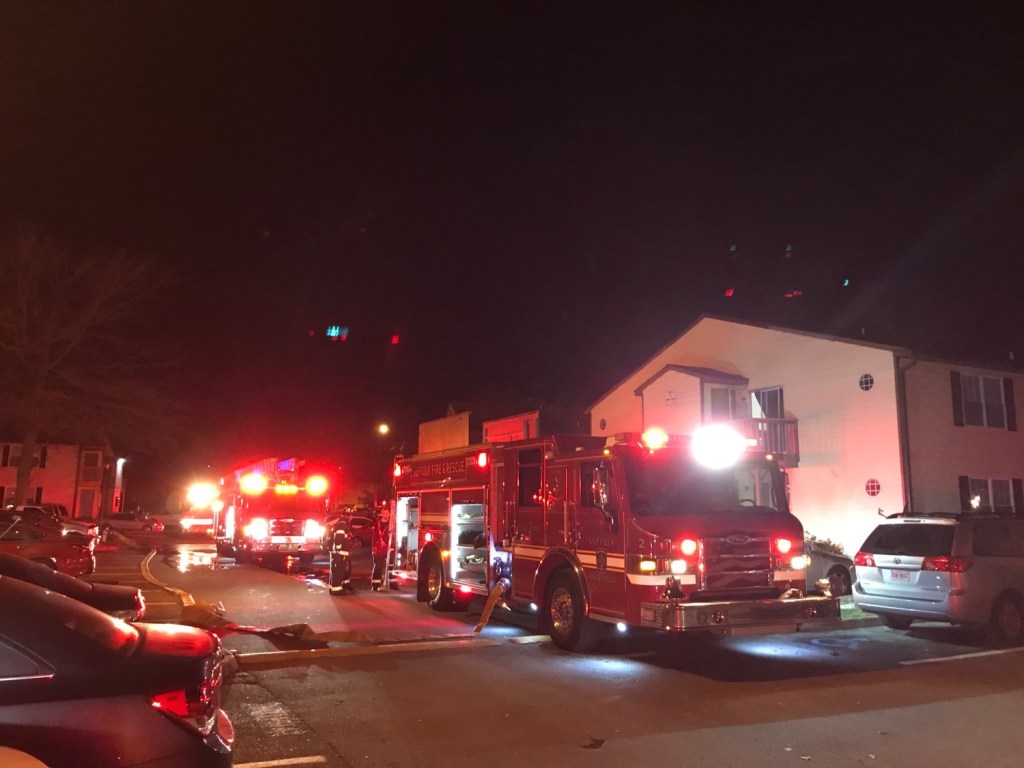 No one was injured in an early morning attic fire Tuesday at the Suffolk Station Apartments.

The fire was called in at 6:08 a.m. and Suffolk Fire and Rescue Battalion Chief Demitri Wilson said the first units arrived at the apartment in the 300 block of Forest Oak Lane five minutes later, according to a news release.

Wilson said light smoke was showing from one of the buildings, and the fire was contained to the attic of one apartment. The fire was under control by 6:21 a.m.

Based on preliminary information, the fire was possibly caused by a bathroom exhaust fan, though the exact cause of the fire remains under investigation.

Two residents – one adult and one child – will be staying with family members as a result of the fire.