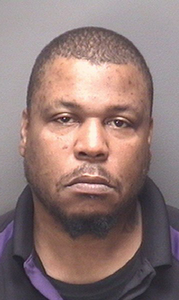 A Newport News man is charged with 30 charges involving the alleged sexual assault of a female juvenile, according to a Suffolk press release.

The charges are related to alleged incidents involving a juvenile female that was known to Patrick that occurred in Suffolk beginning in September 2008, the press release stated.

The investigation remains ongoing, and additional charges may be forthcoming. Patrick is being held at Western Tidewater Regional Jail without bond.