You Asked: Why do trains sometimes stop and back up? 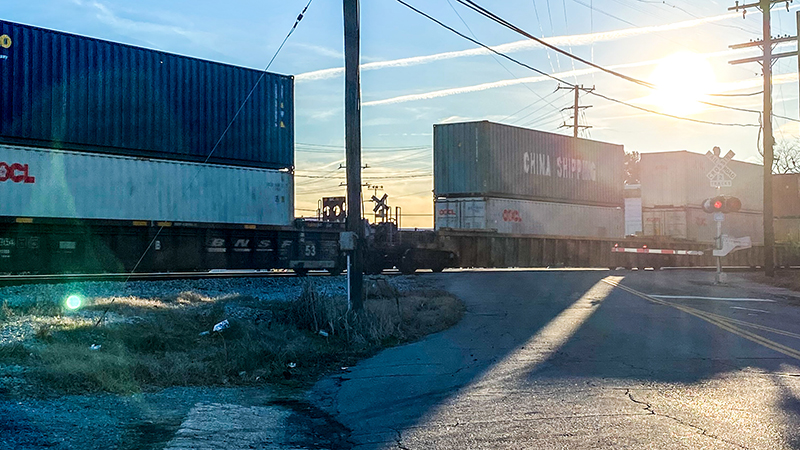 A train slowly passes through the railroad crossing on South Saratoga Street recently.

Editor’s Note: “You Asked” is a new feature that will run every other week, answering questions that readers have posed. You can submit your questions by emailing news@suffolknewsherald.com.

If you’ve ever been stuck in your car at a railroad crossing in downtown Suffolk, waiting for the train to pass on by, then you may have seen the train move in interesting ways.

Suffolk News-Herald readers have asked why they’ve seen trains stop at railroad crossings, then move back-and-forth on the tracks a few times before finally continuing in their original direction.

This question was brought to the respective media representatives of the CSX Corporation and the Norfolk Southern Corporation, who both responded via email.

The CSX Corporation is one of the nation’s leading transportation suppliers, and the CSX Transportation network encompasses roughly 21,000 route miles of track in 23 states, Washington, D.C., and the Canadian provinces of Ontario and Quebec, according to the company’s website csx.com.

According to the email from the CSX Corporation media team, there are a “myriad of factors” that can explain to this type of train movement. The email also stated the reasons that a train will “occupy a crossing.”

“In general, trains can occupy a crossing for various reasons,” the email stated, including when trains enter or exit busy rail yards, “servicing customers in your community, responding to certain track conditions, and/or building trains.

“There are times when mechanical and operational issues could also result in trains occupying a crossing for extended times,” the email continued, “and when trains stop for mandatory safety inspections or federally regulated crew changes.”

The Norfolk Southern Corporation is another premier transportation company in the U.S., operating approximately 19,500 route miles in 22 states and Washington D.C., according to the company’s website, nscorp.com.

According to Rachel McDonnell Bradshaw, media relations manager with Norfolk Southern Corporation, back-and-forth train movements often mean that the train is being “switched.”

“Switching operations involve transferring cars from one train to another (at a rail-interchange point or within a rail yard) or dropping off and picking up customers’ freight at a local industry served by the railroad,” Bradshaw wrote. “Depending on the length of the train, as well as the length and number of tracks at a rail yard or customer facility, the train may have to move back and forth as it shoves cars into one track, backs out, and then moves forward to drop off or pick up cars on an adjacent track.”

You can save this factoid for the next time you and others in the car are stuck at one of the downtown Suffolk railroad crossings.

‘The light of creative altruism’