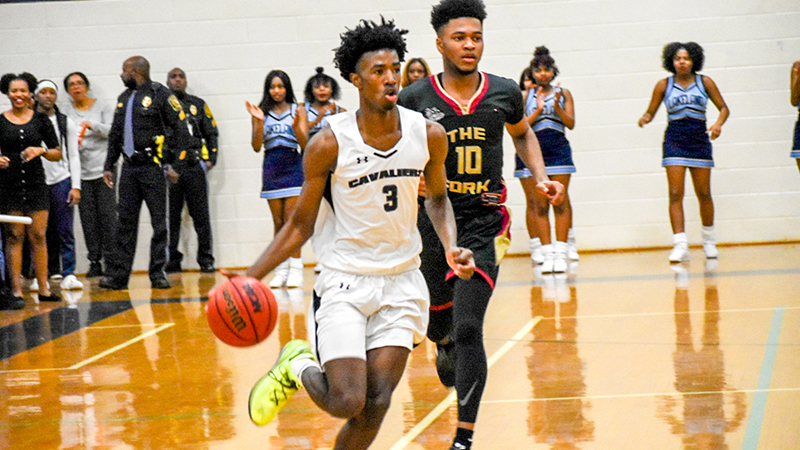 The Lakeland boys’ basketball team came into the season with a lot of expectations. They had been an ascending team in the area the last couple of years, and many feel like this year is the one for the Cavs to take the next step. Bellamy has been a big part of Lakeland’s growth and has been enjoying a solid senior campaign so far.

“We compete every night,” Bellamy said. “We know the expectations are high, and we keep that in mind, but we just come out and compete hard every night.”

In a win over Indian River High School last week, Bellamy had a well-rounded game, scoring 21 points, grabbing 12 rebounds and dishing out four assists. It was a near 20-point win for the Cavs, and Bellamy felt good about his performance.

“I felt like I played well,” Bellamy said. “I let the game come to me and took what the defense gave me.”

Bellamy is averaging double figures in scoring from the point guard position for Lakeland. He has some strong games so far this season, but Bellamy feels he wants to get better at playing at a high level consistently. He has one main goal, and that’s to win states, and in order to do so, Lakeland wants to be playing its best ball down the stretch.

Bellamy is constantly looking to better himself so he can help his team be at its best down the stretch. He has been a staple at point guard for Lakeland, and he wants to continue working on getting his teammates more involved while also improving on things like rebounding.

Motivation comes in many forms, and one that works for the Cavs senior is not wanting his parents to pay for his college education. So, whether at practice, a workout or a game, Bellamy always wants to work hard and play as hard as he can. With as much basketball he has played with his teammates, Bellamy feels like the game comes easier to him because of how competitive he and his teammates are.

“We have played a lot of basketball together,” he said. “So, in practice, when we are going up against each other when the game comes, it makes it easier to do what you want.”

Bellamy likes to watch different players and learn things, but one player, in particular, he likes to watch and learn from is NBA All-Star James Harden. He hopes to play at the next level and is still going through his options as he finishes up his senior year.