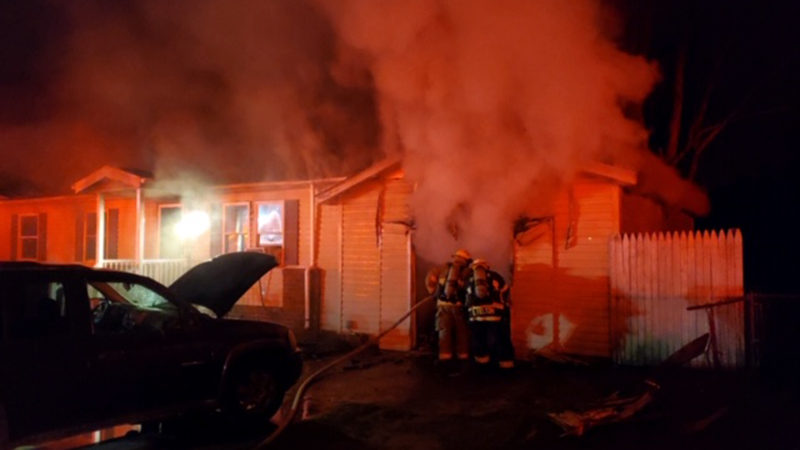 Three people were displaced by an early-morning fire on Tuesday.

The fire in the 500 block of Chisholm Lane in the Lake Kennedy neighborhood was reported at 3:44 a.m., according to a city press release. Units were on scene six minutes later.

Fire was showing from the attached, converted garage when units arrived, the press release stated. Three adults had evacuated prior to their arrival.

There were no injuries, and the fire was called under control at 4:12 a.m. The residents are being assisted by the American Red Cross.