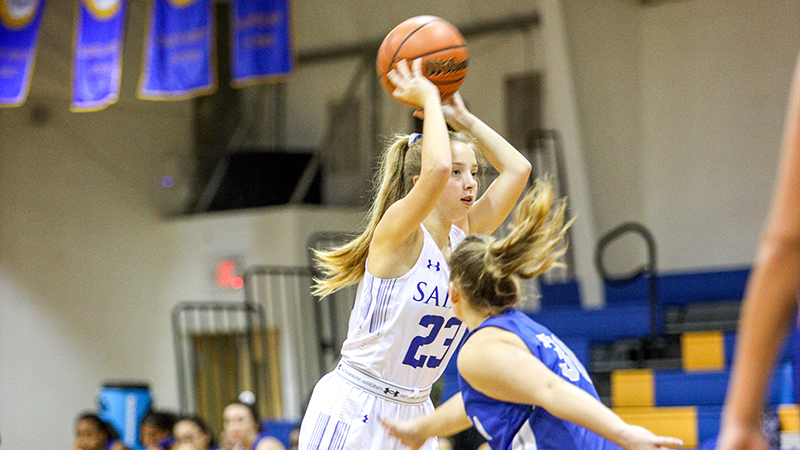 Abby Conrod looks to make a play for Nansemond-Suffolk Academy in a recent game. The Lady Saints were ranked No. 2 in the most recent state poll. (Jeffrey Dailey Photo)

The Nansemond-Suffolk Academy girls’ basketball team remains ranked No. 2 in the state poll.

At 13-3 on the year, the Lady Saints remain ranked at No. 2 in the Virginia Independent Schools Athletic Association Division II poll. NSA looks to be moving closer and closer to the No. 1 spot, trailing Miller school by six points.

NSA has won eight of its last nine games and remains undefeated in conference play. This season, the Lady Saints had high expectations, as they were a game away from reaching the state title game last season. It’s possible the Lady Saints could see themselves in a possible state championship matchup.