Walmart briefly evacuated due to smoke 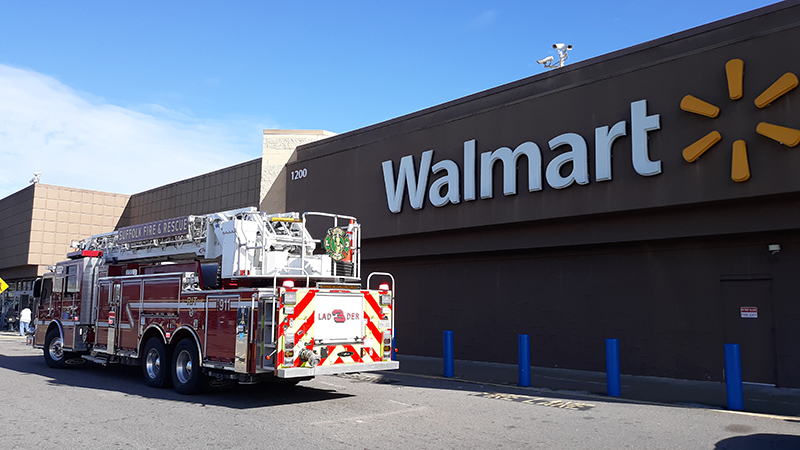 The downtown Suffolk Walmart was evacuated due to smoke on Thursday afternoon.

The North Main Street Walmart store was evacuated Thursday afternoon after smoke was reported in the building.

The issue was reported at 1:19 p.m., and the first units arrived on scene at 1:24 p.m. The business was evacuated until the issue could be isolated, according to a city press release.

No active fire was found, and the issue was isolated to a freezer in the retail portion of the store, the press release stated. No additional ventilation was required, and the store reopened after about 25 minutes.