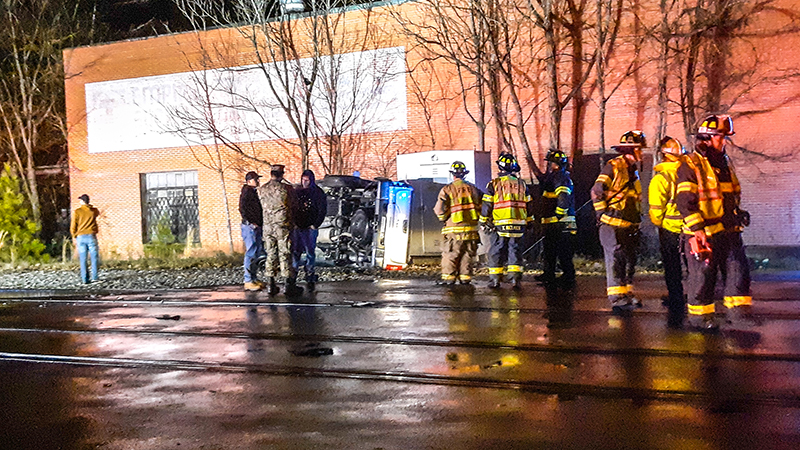 No injuries were reported in a train versus vehicle collision in downtown Suffolk on Friday night.

A vehicle was struck by an Amtrak train at a downtown crossing on Friday evening.

Police arrived on scene at 8:09 p.m., according to city spokesman Andy Franklin. He said the vehicle got stuck on the tracks, but the driver — the only occupant — was able to escape the vehicle before it was struck by the train. He was not injured.

There were no passengers on the Amtrak train and no injuries reported among the crew, Franklin stated.

This is the third accident between an Amtrak train and a person or vehicle on the tracks in the downtown Suffolk area in the past 15 months. Each of the previous two accidents resulted in a fatality.

Walmart briefly evacuated due to smoke