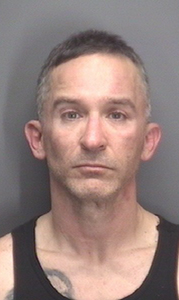 A Suffolk man has been arrested after a Friday incident in which he allegedly used pepper spray in the emergency room area at Sentara Obici Hospital.

Norman Ontague Ashburn III, 51, faces charges including two counts of injury by caustic agent, impersonating a law enforcement officer and failure to produce a weapon permit, according to a city news release.

According to the press release, an officer responded to the hospital in the 2800 block of Godwin Boulevard after a report at 4:39 p.m. about a person with a concealed weapon in the Emergency Department.

Preliminary investigation found the man had informed medical personnel he had a concealed weapon and allegedly displayed a badge from an out-of-state police department. He was informed by security personnel that weapons weren’t allowed in the building and was asked to leave or secure the firearm in his vehicle. He left and returned a short time later.

When members of hospital security and a Suffolk Police officer responded to the man’s suspicious reach, the man used pepper spray, the press release stated, which affected security personnel, the officer and hospital staff.

The investigation remains ongoing, and additional charges may be filed. He is currently being held at Western Tidewater Regional Jail.