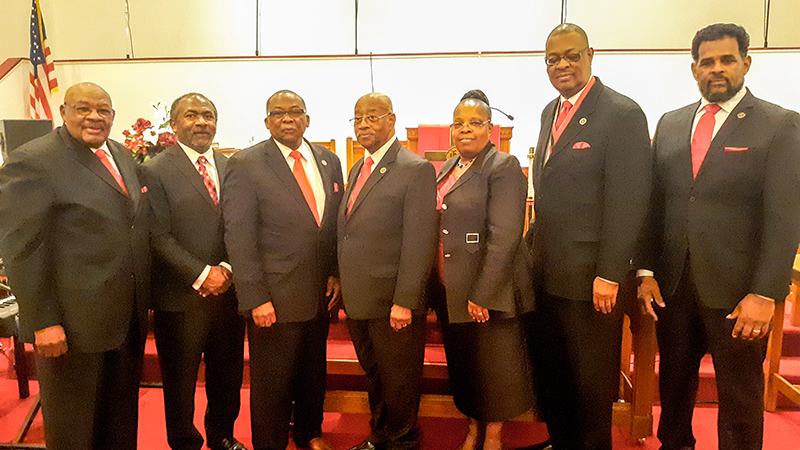 The new president, the Rev. Henry E. Diggs, said the organization has been in existence for about 40 years. It exists to help make the city a better place and does that through a number of avenues, including helping the poor, giving scholarships and donating to a number of nonprofit organizations.

“It’s just to help to make people in the community of Suffolk to get along better,” the Rev. Henry Diggs said. “We’re in connection with Suffolk Clergy United to try to do what we can for the city of Suffolk and the surrounding areas.”

At the Feb. 17 event, Dr. Felton Whitfield preached a sermon titled “The C’s in My Life,” focusing on preachers being called, caring, committed and consecrated.

The Rev. Trevon Boone, outgoing president, served as worship leader and gave the installation prayer, after which he passed the gavel to the new president. Diggs then presented Boone with a plaque and symbolic medallion.