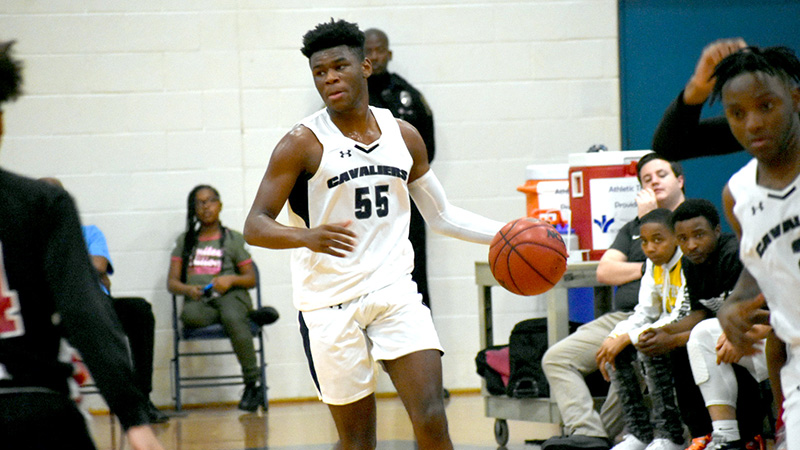 Keimari Artis dropped 34 points to help the Lakeland High School Cavaliers to advance to the Class 3A semifinals at the Norfolk Scope.

The Cavs have been able to put together back-to-back strong wins in the Class 3A region tournament. They dominated New Kent High School last weekend, which set up a second-round matchup with Park View High School, which saw the Cavs reel in an impressive 117-49 victory.

Keimari Artis had an impressive outing, leading the Cavs with 34 points, which included him going 7-of-14 from the three-point line. Clint Wright Jr. nearly hit the 30-point mark as he went for 27 on the night, including five three-pointers. With his performance Wednesday night, Wright Jr. surpassed 1,000 points for his career at Lakeland. As a team, Lakeland shot 17-of-38 from beyond the arc — an impressive 44 percent. Ray Bellamy added 14, while Devonte Saunders and Tyshawn Allen added 11.

Lakeland will now play in the region semifinals against the No. 1 seeded Hopewell High School for an opportunity to punch their ticket to the state tournament and to reach the region championship game. It will be unfamiliar territory for Lakeland, as this is the furthest they have advanced during Coach Clint Wright Sr.’s tenure, but he and the Cavs feel prepared for the moment.

“We are excited about this opportunity,” Wright Sr. said. “These guys don’t want to lose, and they want to keep playing, and we are looking forward to this matchup. It’s going to be a great experience for these guys, and I am just happy for them. As a coaching staff, we know the poise that will be required and the focus it will take to get to where we want to go.”

Lakeland will face Hopewell at the Norfolk Scope at 5 p.m. Saturday.