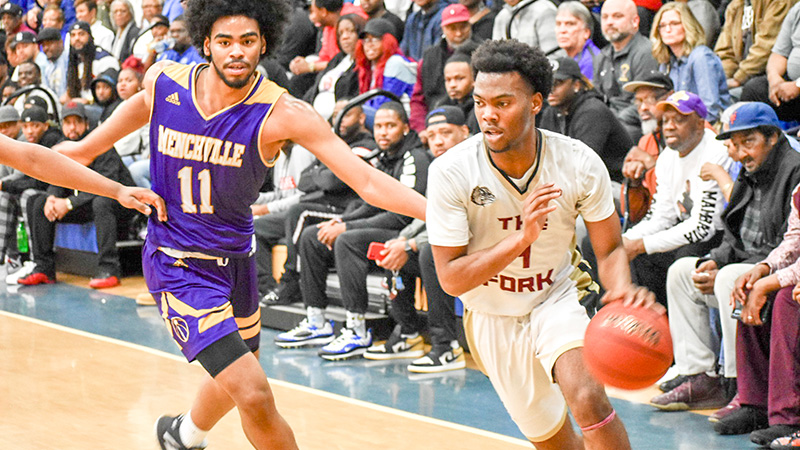 Tyler Chatman looks for a play against Menchville High School. The Bulldogs won the Class 4A region championship.

The Bulldogs took claim to the Class 4A region title Friday with a 80-71 victory over Wilson High School.

The No. 2 seeded Bulldogs hosted Wilson High School at The Kennel with the Class 4A region title at stake. King’s Fork wasted no time jumping out to a sizeable lead, with the score 11-2 with five minutes still to play in the first quarter. King’s Fork went up as much as 31-18 before Wilson started making a run of their own.

After a region semifinals win over Menchville High School, Coach Rick Hite felt it was going to be good for the Bulldogs to check off the region champion box, and they were able to do so.