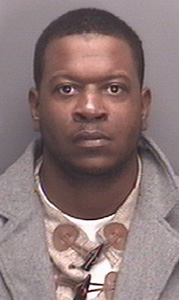 Laquinton Darale Blackwell, 31, was indicted on charges including first-degree murder, discharge firearm or missile in or at an occupied building (six counts), and use or display firearm in commission of a felony, according to a city press release.

He was initially arrested shortly after the shooting and charged with second-degree murder.

The victim in the shooting was 39-year-old Antoine Deandre Johnson, the press release stated. The shooting happened at 10:44 p.m. Sept. 30, 2019, in the 600 block of Adkins Circle. Officers located Johnson inside the residence suffering from multiple gunshot wounds.

The investigation remains ongoing. Blackwell is being held at Western Tidewater Regional Jail.

A Suffolk man has been charged with driving under the influence of alcohol following a fatal crash on Saturday. Rodney... read more