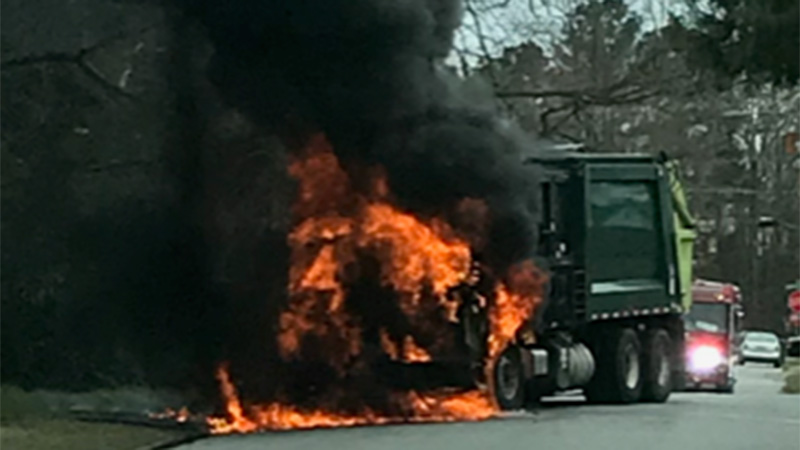 A trash truck burns in the Kingsboro neighborhood on Wednesday afternoon. (City of Suffolk photo)

A Suffolk trash truck caught on fire in the Kingsboro neighborhood Wednesday afternoon.

The incident was reported at 12:48 p.m. in the 300 block of Kingsboro Street, according to a city press release.

The truck sustained extensive damage, but there were no injuries in the blaze, the press release stated.