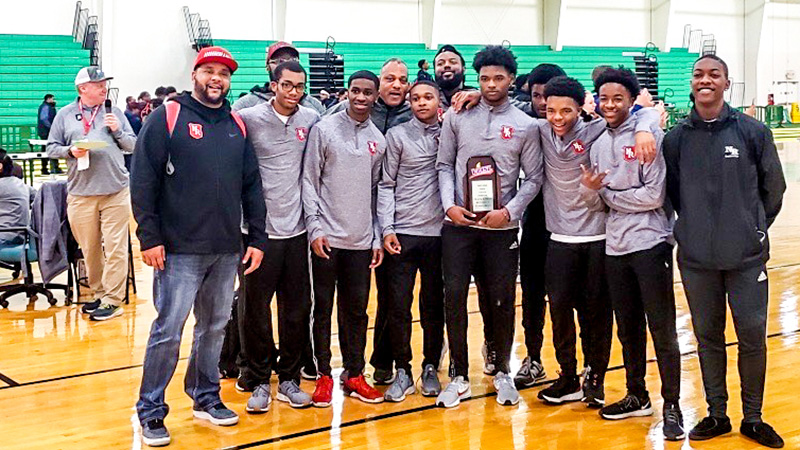 The Team WAR boys’ finished as the state runner-up in the Class 5 indoor state meet.

The Nansemond River High School track and field team competed in the Class 5 state meet last weekend, and the boys were able to come away with a strong team finish. They finished second and claimed a state title in the 4×200 relay, among other impressive finishes at Boo Williams Sportsplex. The second-place team finish was one of the boys’ best finishes in recent years.

“The guys went in with their hearts, and they performed very well,” Coach Rob Gill said. “We are extremely proud of those guys.”

On the girls’ side, Nyah Harrison finished second in the 500-meter event. The 4×400 relay team of Sydney Ellis, Ansolei Taliafero, Kayla Morris and Harrison finished third. As a young team, Gill felt good about the total team performance.

“The athletes continued to get better race after race throughout the season,” Gill said. “The team as a whole, we are peaking at the right time.”

Now, Team WAR will shift their focus to the New Balance Indoor Nationals meet in New York. Preparation will be about a lot of speed and maintenance work, with WAR eyeing more national titles to bring back home to Suffolk.