One injured in fire early Saturday 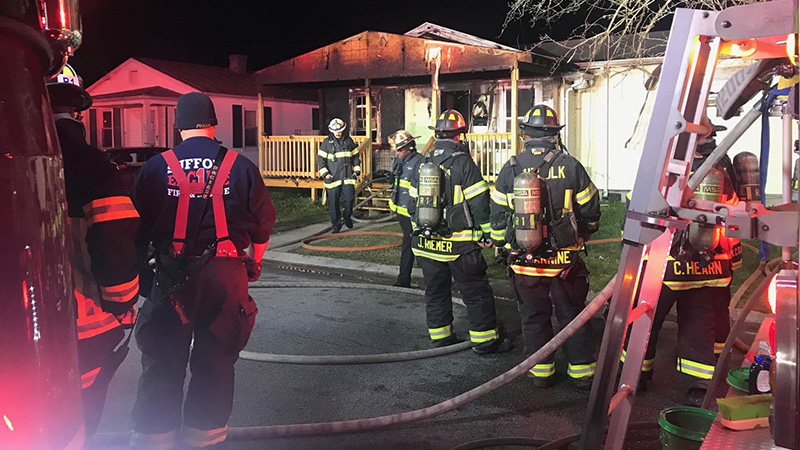 Two people were displaced, and one of them was treated for smoke inhalation, after a house fire early Saturday morning.

The fire in the 500 block of Brook Avenue was reported at 2:29 a.m., according to a city press release. Units arrived at 2:34 a.m. and found heavy fire showing from the front and rear of the home. Both residents had gotten out by the time units reached the scene.

The fire was marked under control at 2:53 a.m. One resident was taken to a hospital for treatment of smoke inhalation, but it was not deemed life-threatening, the press release stated. No other injuries were reported.

The residents were displaced and will be staying with a relative.