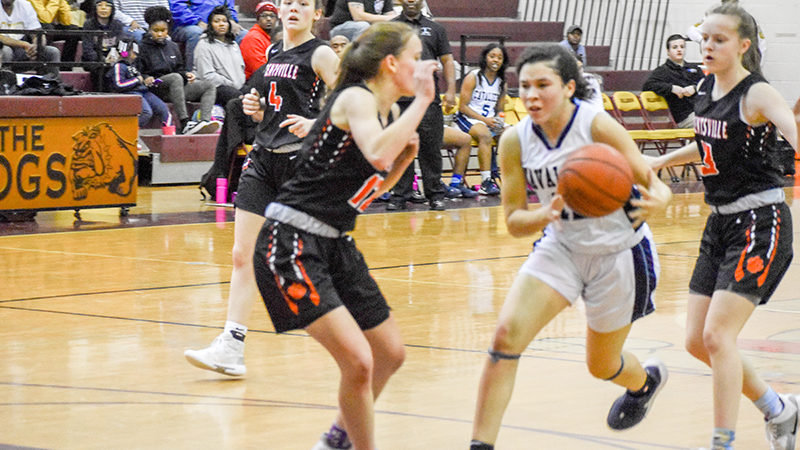 Jaelyn Brown was selected the Class 3A Region Player of the Year.

Jaelyn Brown and Coach Daryl Rountree headlined the Class 3A region as Player and Coach of the Year this year.

The Lakeland High School girls’ hoops team made history by winning the school’s first region championship for girls’ basketball. Because of Lakeland’s dominant run to a region championship, they were awarded the top honors in the region.

As a freshman, Jaelyn Brown earned her first Region Player of the Year selection, helping lead the way for the Lady Cavs.

Rountree was selected Region Coach of the Year, while Kemonye Canady was a first team All-Region selection along with Brown. Jamauri Demiel was a second team selection.

This Lakeland team is only made up mostly of freshmen and sophomores; this seems to be only the beginning for what the Lady Cavs can accomplish in the future.