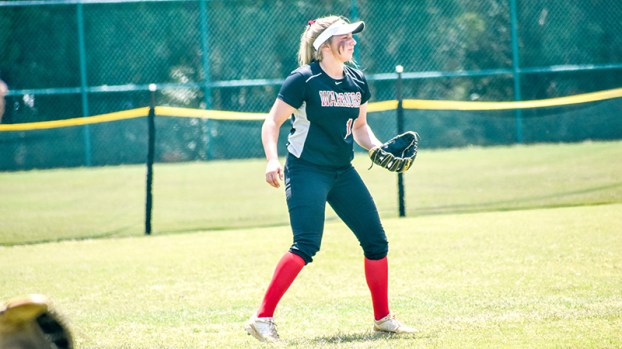 Shelby Knaak was an All-District and All-Region selection for the Lady Warriors last season.

The Lady Warriors softball team returns among the highest regarded teams in the area and is looking to maintain that status through its play this year.

The Nansemond River High School softball team has been among the standout programs in South Hampton Roads the last few seasons. Last year, as a younger group, the Lady Warriors exceeded expectations by being among the best teams in the Southeastern District, earning a region bid. They came a game away from reaching the state tournament after a loss last spring to Menchville High School. The bulk of that core returns for the Lady Warriors, and they are looking forward to another successful season.

“I love this group of girls,” Coach Gabe Rogers said. “They are some talented ball players, and we’ll have a strong team. We have a strong group of upperclassmen, which should enable us to have some strong leadership. I think they are focused on what they’d like to accomplish this year.”

Nansemond River is made up of a ton of solid players, which has been key to their success.

The Class 5A region was realigned before this school year, with some bigger schools moving down to 5A and a couple moving up. It will create a strong region, but Rogers looks forward to the competition when it comes to positioning for seeding in the postseason.

Nansemond River will go on the road to take on rival King’s Fork High School at 5:30 p.m. March 17 to start the season.

The Nansemond-Suffolk Academy baseball team split a pair of games over the weekend to start the season. The Saints baseball... read more