Despite loss, future is bright for Lady Cavs 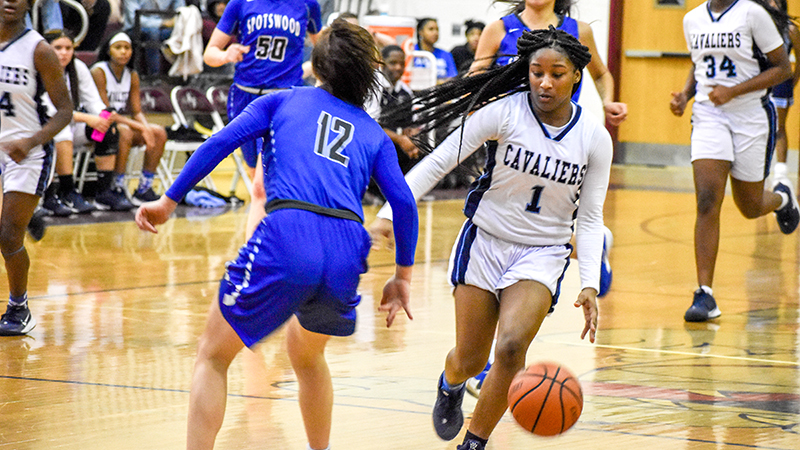 The future is bright for the Lakeland High School girls’ basketball team after a state semifinals loss to Spotswood High School.

The Lady Cavs’ season came to an end with a tough 59-41 loss against Spotswood High School on Tuesday night at King’s Fork High School.

Spotswood was the defending state champion from last season. And despite a good first quarter for the Lady Cavs, they were unable to get much of a rhythm going throughout the rest of the game because of the pressure Spotswood was able to apply.

“I think the first quarter was good for us, and then we started to unravel a bit,” Coach Daryl Rountree said. “We expected to handle it well, but we felt like our lack of experience might have kicked in, and we started doing things we don’t normally do.”

Even though some of the Lady Cavs had their head down after a frustrating loss, they can hold them high, looking at the team’s total body of work this season. They went 20-8, earned a region championship and were a game away from the state championship game. All of those qualify as the best season in Lakeland girls’ basketball history. What’s even more impressive is that they won fewer than five games last season.

The group is filled with freshmen and sophomores, with not one junior or senior. With more growth and experience, the future looks bright for Lady Cavs basketball.

“We put Lakeland girls’ basketball back on the map,” Rountree said. “It was a great year, a historic year, and I’m so proud of these girls and my coaching staff.”