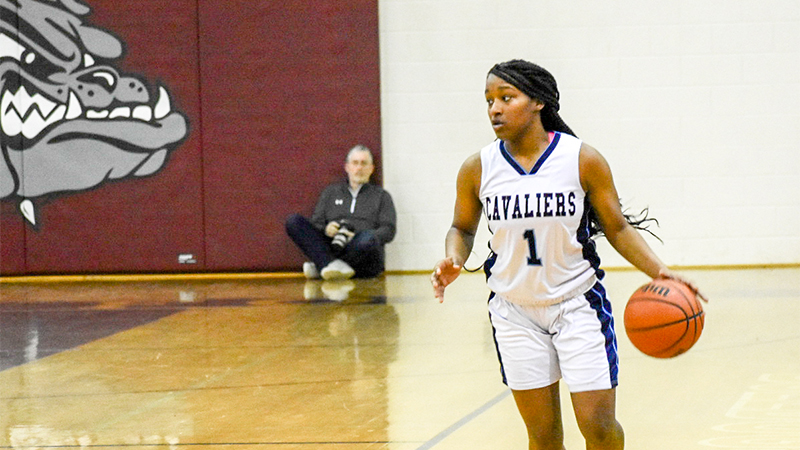 Kemonye Canady was voted Suffolk News-Herald Player of the Week after scoring 19 points a region championship win for the Lady Cavs.

Kemonye Canady was voted Suffolk News-Herald Player of the Week after scoring 19 points in a region championship win for Lakeland High School.

The Lakeland girls’ basketball team recently enjoyed its best season ever in the program’s history. Not only did they enjoy a strong regular season, but it continued in the postseason. They went into the region tournament with a top 3 seed and went on to win the first girls’ basketball region championship in Lakeland history. During that game, which was a 52-39 win over Booker T. Washington High School, Canady went for 19 points.

Canady was overjoyed about the season the Lady Cavs had. She saw them come together after an up-and-down season last year, which she felt showed the growth in the team and what they were capable of doing.

“Personally, I felt we came together as a team and performed amazing,” Canady said. “We had a rocky season last year, so a lot of people didn’t expect us to do what we did this year, but we ended up making history.”

Only a sophomore, Canady knows she still has more work to do but was happy with her season this year. She felt liked she improved on a solid freshman season. There were times throughout this season where she played hurt, but she didn’t let that stop her. She continued to play all of her games like it was her last.

Coming into this season, the Lakeland sophomore had big goals, one of which was for her team to win regionals. She also wanted to exceed her career high game, which was 18. She did so by scoring 27 in a game this season.

Canady is motivated by her teammates and the support she gets from the Lakeland community crowd. She knows if she makes it, they’ll be right by her side at the end.

Lakeland’s successful season ended in the Class 3 state semifinals. Canady finished as a first team selection for the district and the region, with a new level of confidence added to her game.

“This season was an amazing experience with my teammates, and I couldn’t imagine doing it with any other girls,” Canady said. “We fought every single game and we just didn’t win the last game, but we want to get that championship next year.”

The future is bright for Lakeland girls’ basketball as the team this year consisted only of freshmen and sophomores.