A little luck cleaning amid COVID-19 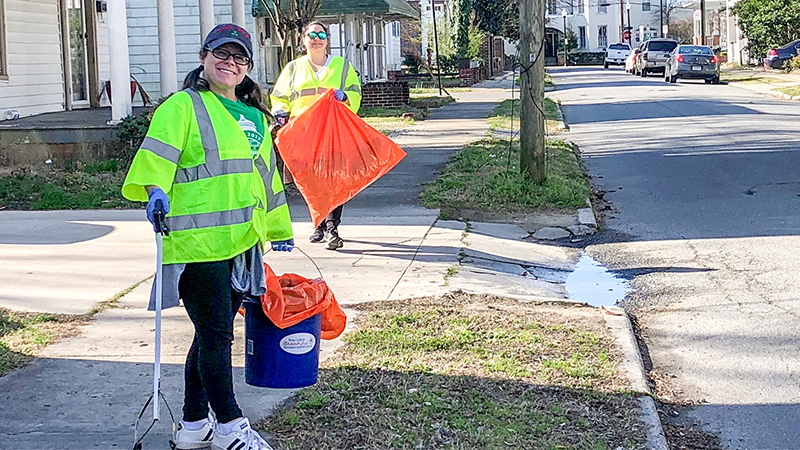 There was a successful turnout of volunteer support for the St. Patrick’s Day Cleanup that was held last Saturday in Downtown Suffolk, especially in the midst of mounting concerns on the coronavirus pandemic.

Volunteers met outside of the Nansemond Brewing Station for the Saturday morning cleanup held by Keep Suffolk Beautiful. They received litter grabbers, gloves and bags on site and then proceeded to pick up litter from the nearby streets in the heart of downtown Suffolk.

“We had 16 (volunteers) show up, and we picked up 20 bags of trash and four tires from the roads around the Nansemond Brewing Station,” Wayne Jones with Keep Suffolk Beautiful wrote in an email Tuesday.

He also wrote that the most common garbage items that were found on these downtown roads were cigarette butts and plastic cigar tips.

“We want to remind people that cigarette butts are made from plastic and should be disposed of correctly. If you flick it on the street, it will get washed into our waterways,” he wrote.

Jones also confirmed that the Nansemond River cleanup that was scheduled to be held on March 28 in downtown Suffolk has been canceled, in response to COVID-19 concerns.