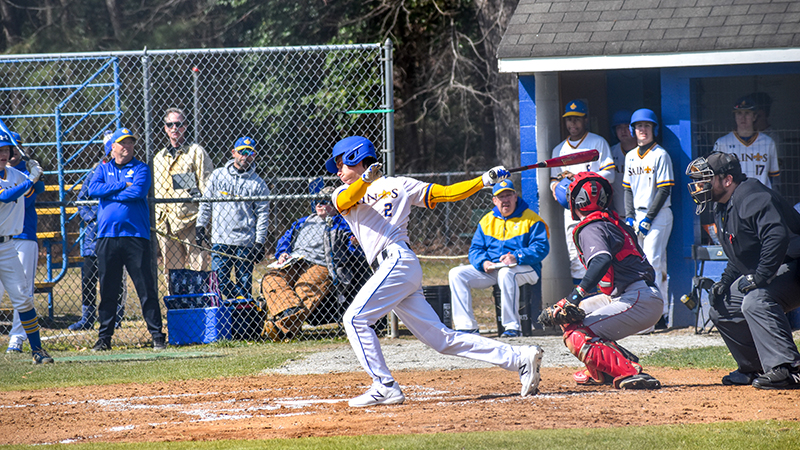 Jameson Spence swings for the Saints in a game earlier this season.

The Saints went to 3-2 on the season after a dominating win over IWA. The Saints used a big second inning where they reeled in 12 runs to dominate the game.

Howell, Christian James and McGhee handled pitching duties, with Howell getting the win.