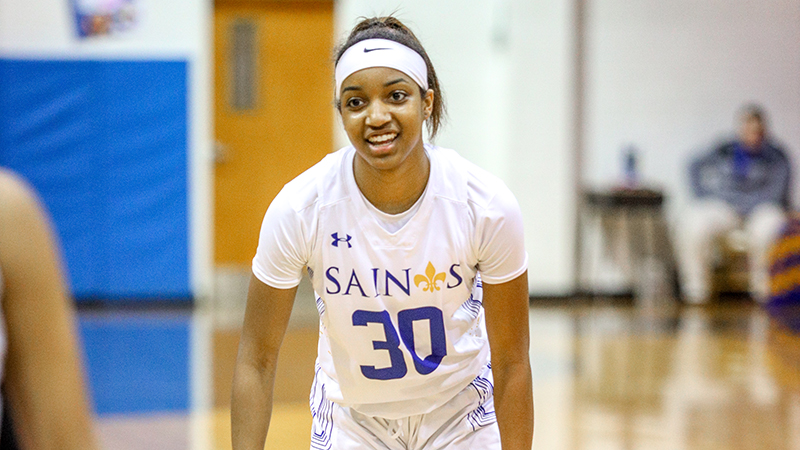 Alivia Giles, Cammy Reid and Maren Council were the honorees. It was a strong year for the Lady Saints, who finished with a 23-5 record including the No. 1 seed in the state playoffs. That earned them a trip to the state championship.

Giles had a strong season, leading the Lady Saints in scoring and rebounding. She made her last year her best year, as she was the Conference Player of the Year and was a first team All-Conference selection as well.

“It felt great to accomplish another one of my goals this season,” Giles said. “It’s just another reason why I work hard the way that I do.”

Reid and Council played big parts in the Lady Saints’ run. Reid was selected All-State for the second consecutive season, and Council’s hot shooting provided a big boost to the Lady Saints on their journey to the state championship game.

“I think with our team getting recognized like this, it definitely shows what we are made of,” Giles said. “With the great support of our coaches, I think the recognition really puts us out there and highlights the great talent we have on this team. Maren and Cammy are still young, and they still have a chance to continue to develop their talent within this team.”