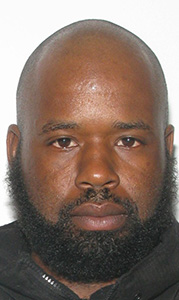 A man shot by a Suffolk Police officer on Saturday evening has been released from the hospital and arrested on several felony charges.

Marvin Antoine Boone, 35, of Suffolk, is charged with domestic assault and battery, abduction, use of a firearm in commission of a felony, two counts of possession of a firearm by a convicted felon, disarming a law enforcement officer, attempted malicious wounding of a law enforcement officer and obstruction of justice/resisting arrest, according to a city press release.

He is being held without bond at Western Tidewater Regional Jail.

The shooting happened Saturday after Emergency Communications was contacted at 7:53 p.m. about an armed domestic abduction of an adult female, according to a city press release. An officer located the woman’s vehicle, unoccupied, in a shopping center parking lot in the 500 block of East Constance Road.

Shortly thereafter, the subject and victim arrived on scene in another vehicle.

“The officer had contact with the subject and a physical altercation ensued,” the press release stated, “during which time the subject was able to disarm the officer from his taser.”

The subject then discharged the taser at the officer, striking him several times. The officer returned fire with his service weapon, striking the subject.

“Suffolk Police would also like to extend their gratitude to the concerned citizens that have reached out to provide assistance, and ask that if anyone may have witnessed these incidents or that has information, please contact Suffolk Police or Suffolk Crime Line,” the press release states.

Separate Internal Affairs and criminal investigations are under way. The officer has been placed on administrative leave with pay pending the outcome of both investigations.

Virginia is now reporting at least 219 cases of COVID-19, the disease caused by the novel coronavirus, as of noon... read more