Firefighters respond to call at dealership 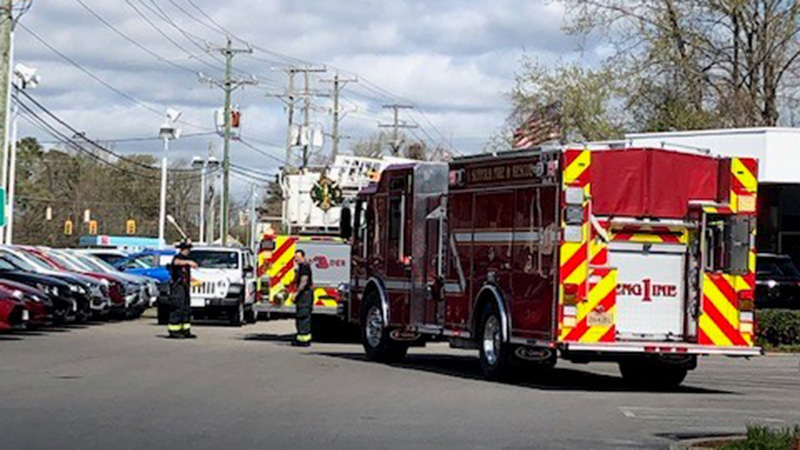 Suffolk firefighters responded to a call at Duke Automotive on Tuesday morning. (City of Suffolk Photo)

Smoke in the showroom area was reported at 10:54 a.m., and the first units were on scene at the business in the 2000 block of North Main Street at 11 a.m., according to a city press release.

Staff had evacuated the facility prior to the arrival of fire crews. They were able to isolate the issue to the HVAC air handler, and the facility was ventilated. There were no injuries.