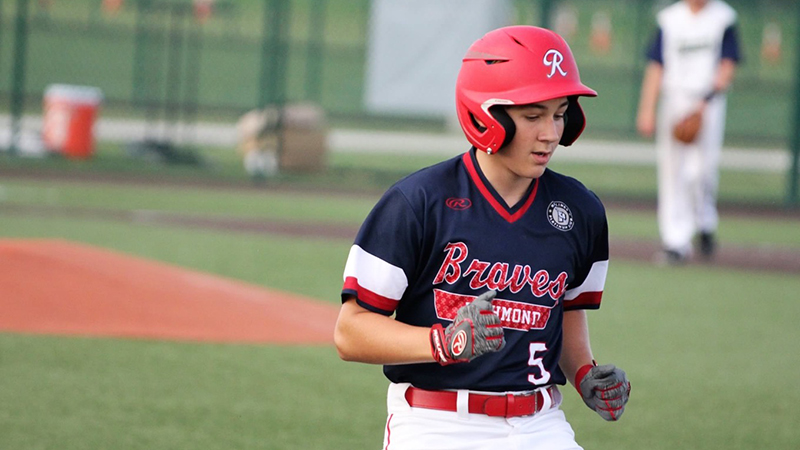 The NSA baseball freshman had a multitude of NCAA Division I schools interested in him and felt the relationship he had with the Maryland coaching staff made him comfortable enough to go ahead and commit now.

Decandido had heard from all of the major programs in Virginia, such as UVA, Virginia Tech and George Mason. He also heard from programs such as Duke and Penn State. As a freshman, Decandido could have waited plenty of time to commit to a school over the next couple of years, but the NSA standout found the relationship he formed with Maryland, and the culture they were building, to be a strong attraction.

“I felt like my relationship with the coaches and the mentality we shared along with the culture they were trying to build fit perfectly, and I felt like no other school could match those characteristics that Maryland possessed.”

Attention started picking up a lot for Decandido over the summer, as he was playing travel baseball for the Richmond Braves. Playing in talent-rich tournaments gave Decandido a chance to shine in front of coaches. He was batting behind the No. 5 player in his class, and as coaches kept an eye on him, they couldn’t help but notice Decandido. That started to get the ball rolling with his recruiting.

Decandido came into the season determined to help his team win some games. NSA was able to play five games before the season was canceled.

“At the time the season canceled, I felt like we were going to go on a run,” he said. “We had four to five guys that were batting over 500, and we were just getting warmed up. I felt like we could have possibly made a run at the state this year.”

Coming into the season, Decandido didn’t feel any pressure on himself to have a strong season. He simply came in and played his game with the few that NSA played, and he felt he played well. As Decandido plans to get prepared for next season, he will do so with his college decision already made.