More than 10,000 in Suffolk affected by power outages 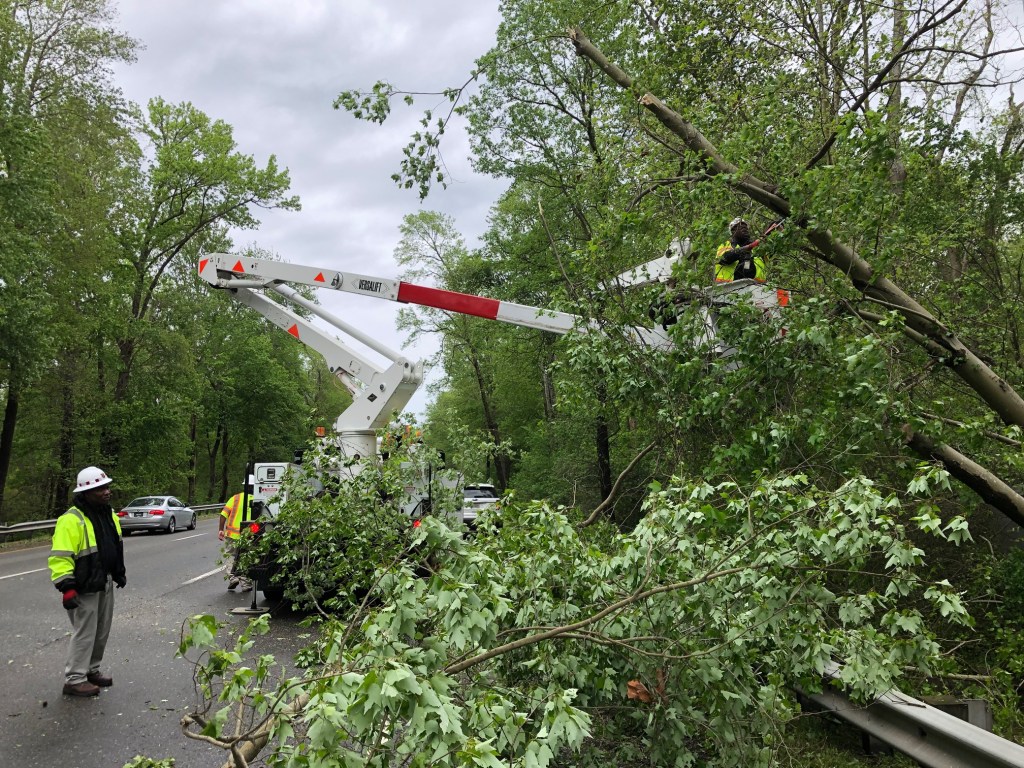 More than 10,000 Dominion Virginia Power and Community Electric Cooperative customers in Suffolk lost power Monday, while several homes and vehicles were damaged as a result of downed power lines following heavy winds and rain during the morning.

As of 4:50 p.m., Dominion Power reported 1,800 customers in the city still without power, while Community Electric is not reporting any outages, though more than 600 of its city customers had outages earlier in the day.

Dominion Power spokeswoman Bonita Harris said most of its city customers would have their power restored by 11 p.m. Tuesday, “with a few spilling into Wednesday.”

The city has not reported any injuries resulting from the storm, according to a news release.

Suffolk Police, Fire and Rescue and Public Works crews responded to what the city said  has been “a large number of downed trees, transformer fires and downed power lines, resulting in road issues throughout the city.”

Traffic lights were out at the following intersections:

Two eastbound lanes on Route 58/Portsmouth Boulevard about a quarter-mile before the Virginia Department of Transportation scales were closed due to trees and debris in the road.

Also, a large, downed tree in the 3800 block of Whaleyville Boulevard blocked traffic in both directions. Detours are in place while the tree and debris are removed.

The National Weather Service issued a high wind warning that was in effect until 5 p.m. Monday.