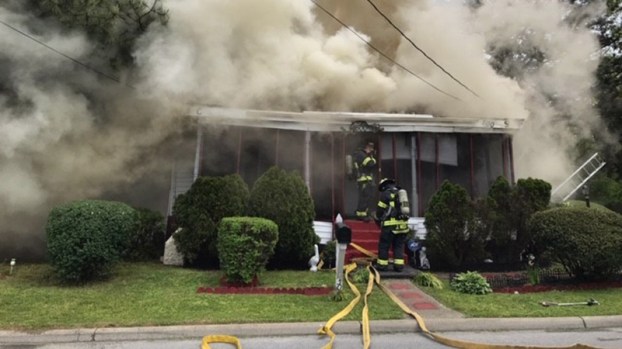 One adult was displaced in a Sunday afternoon fire on Spruce Street. (Submitted Photo)

One adult displaced in fire

One adult has been displaced from their home after a fire on Sunday afternoon.

Suffolk Fire & Rescue units responded to the residential structure fire in the 500 block of Spruce Street. The fire was reported at 2:13 p.m., and the first unit arrived at 2:18 p.m.

The first units found heavy smoke and fire showing. No one was at the residence when firefighters first arrived.

One adult was displaced due to fire and water damage to the residence and will be assisted by the Red Cross. There were no injuries. The fire was called under control at 3:17 p.m.

The Western Tidewater Health District now has 205 cases of COVID-19. There are 91 cases in Suffolk, 86 in Isle... read more